Meat Only For 28 Days - Carnivore Diet

Meat Only For 28 Days - Carnivore Diet

This is not medical advice, please see your doctor for professional health advice.

So I lost 5kgs eating meat for 28 days! I wasn't sure at the start but I had to try it. After doing a bit of research online there has been some good results people have claimed. Joe Rogan and Jordan Peterson claim that this diet is the real deal!

I was worried about how I was going to get nutrients that I normally get from fruit and veggies, just the thought alone made me feel guilty just eating meat for 28 days, but really excited to try it out and see if it were better suited to me than the other diets I have previously tried and failed at.

What did you eat?

Steak - always a scotch or a ribeye with chimichurri sauce or GF seasoning, cooked with lard or butter

Seafood - Seafood is so refreshing when you just need a break from meat, especially oysters!

When it came to flavour I always went the gluten-free options when I could. I know that the diet doesn't allow for this as some contain sugar in them but I was trialing my own version of the diet to see what I could get away with.

Here is what I used:

How Did You Feel?

The first few days were exciting and good but then it was hard work just eating meat. It was filling and always felt like you were full but not the bloated feeling. The hunger cravings weren't as bad but definitely was missing fruits and veggies. To curb this I always had some sugar free sparkling water with a hint of any citrus fruit (yes I know that we aren't suppose to have any fruit flavouring but I didn't care).

The Ketosis feeling - Ketosis is the stage your body transitions into and starts breaking down fat. I only experienced some headaches every now and then. Bowel movements was a bit of diarrhoea but then this changed and it was better then when I was on carbs. Apparently I had mood swings but none I can recall.

After a week in I would wake up in the mornings full of energy, there was no brain fog and it was a euphoric feeling, nothing I have felt before. When i was in this state, everything was easy to do. Work, gym and home life became easy because of the momentum i had with the diet.

Week 2 was different, obviously still feeling good but social gatherings became a little bit hard as everyone wants you to eat and drink and follow the groups mentality. By then it felt nice to say no to things like carbs and alcohol, it may not be sociable but having a sense of self control was more fulfilling.

Week 3 & 4 were no different to week 2 but once you had the momentum and its hard to stop, the only annoying thing was organising food for yourself and watching everyone else drink. But with the end in sight it was bearable and a carb loaded party to look forward to made it easy!

For exercise i only went to the gym 3 to 4 times a week, a bit of cardio and mainly weights (nothing to heavy). I could see a big difference although I was losing muscle mass, I was slimming down which was really motivating.

80 kgs down to 75 kgs in 28 days , good energy in the morning, built some good disciplined habits that I thought I never had, especially when it came to food. getting over the first couple of days was the hard part but after that it was all momentum. As a meat lover this diet was a perfect fit for me. Would I do it again? Yes, but maybe in the winter months where there aren't as many social gatherings/events that makes me unsociable because I turned into that food wanker.

I couldn't say much as the only negative is that i didn't really feel much difference in my moods except a bit more anger and I think it was related to not having carbs so all those processed foods were cutting me down.

All in all, the experiment was successful and I'd do it again just for that extra energy and cutting down on that food guilt haha. 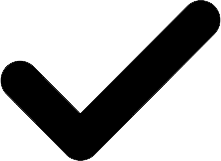 Product Added
Shopping Cart
There are no products in the cart!
Continue Shopping